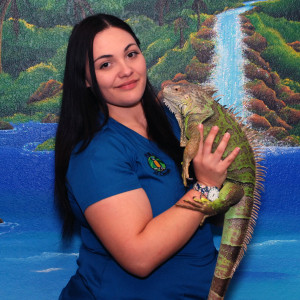 Erika is an RVT with an AS in veterinary technology and an AS of arts degree. She has been trying to save animal lives since she could walk. Her favorite word to say when she was growing up was “Daaaaaaddy,” because everyone knew what she meant was that she was asking her dad if she could keep a new pet. If her parents had a dollar for every time they said no more animals, they would be rich. She does not have a favorite species, because she loves them ALL! At home, Erica has 3 dogs, 2 cats, a rat, a tortoise, a snake, and a very spoiled Iguana. Erika started with Animal Medical Center of Corona as an extern and considers herself the lucky one to be hired on after her graduation. With all the different animal AMC Corona sees and the like-minded staff, she knew immediately that she belonged here.

About Animal Medical Center of Corona

We have had the honor of providing the highest level of veterinary care to the community and Animal Medical Center of Corona is committed to providing excellent care for you and your pet family for many years to come.